Welcome to Code:Breaker Wiki
The wiki about the manga Code:Breaker that anyone can edit.
Code:Breaker (コード:ブレイカー Kōdo:Bureikā) is a manga created by Kamijyo Akimine. It is a current manga series which is run by Weekly Shōnen Magazine in Kodansha. Its first run was on June 9, 2008.

84 articles since May 2009
Careful: This wiki contains SPOILERS, read with caution!

To write a new article, just enter the article title in the box below.

Sakura Sakurakouji is the main heroine of Code:Breaker. She is the first Rare Kind seen in the series, and is the daughter of one of the Founders of Eden.

Sakura is a master of martial arts and is capable of holding her own against the Power Users thanks to her Rare Kind blood. After meeting Rei Ogami, she wishes to soften his heart. 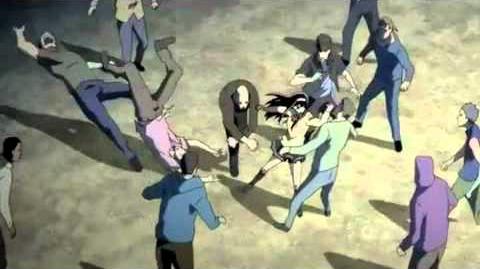 Retrieved from "https://codebreaker.fandom.com/wiki/Code:Breaker_Wiki?oldid=10116"
Community content is available under CC-BY-SA unless otherwise noted.